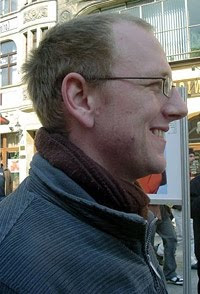 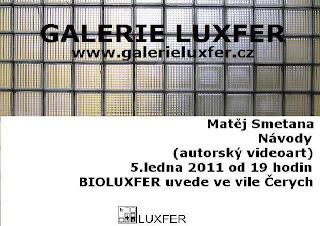 
Matěj Smetana (1980) studied at Faculty of arts in Brno in studios Painting 3- Petr Kvíčala and Intermedia - Václav Stratil. Art of Matěj Smetana has some symptoms that accompany scientific discoveries. It's perseverance, the joy of accuracy, the application of well-known formulas for the circumstances and the desire to look at something never seen before.


BIOLUXFER show primarily a set of four videos from Smetana's Manuals series. Directions 1: Crystal, Directions 2: Trilobite, Direction 3: Space and Directions 4: Sun. Aspect of the joys of handmade craft DIY activities is faced with potential embarrassments content products. However this embarasing moment doesn´t miss space for the viewer's imagination and interpretation. An hour and a half nostalgic spectacle will be complemented by surprise.
Zdroj: ARTLIST
https://artlist.cz/index.php?id=2502 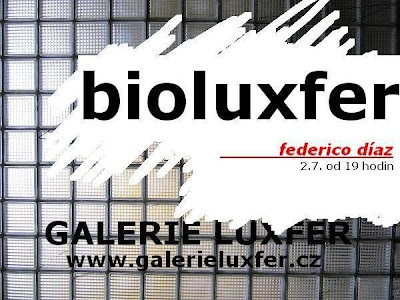 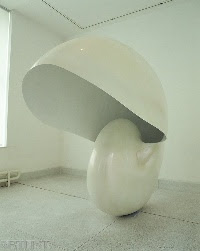 Federico Díaz is a versatile artist who has been interested in development of computer technology and new media since the mid-90th years. Díaz's work intuitively resolves the conflicting nature of this relationship, trying to anchor the complexity of chaotic post-industrial existence of man in his nature, his primary, emotional and social foundations. Díaz focuses on the relationship between science and art, an intense interest in the problems of ecology and urban experimentation in design and architecture and technical precision. Many Díaz´s projects were presented in Paris, London, Madrid, Milan, Düseldorf, Tokyo or in Linci. Acustic project Nostalgia (1992) is elementary, biomorphic, embryonic-like shape shell but does not work only as a sculptural space-autonomous object, but as an interactive field ............ Computer animation Generatrix (1999-2000) reflects the ambivalence of our relationship to the real world and simulated cyberspace, which Diaz equates to "a situation amphibian", "amphibians in the water, while the feeling to be separated from the land, does not evaluate the" correctness "or" incorrectness "of their position, as we do ours. ............... It's obviously a deeper problem, and if we really want to deal with it, it must be for a few hundred pages of text printed books, or rather non-linear hypertext, which is just one of those dynamic maps of which we want to talk about. When we viewing the texts, visuals and sounds of this internal environment is constantly changing. If you return to over time by a number of "pages" back will be different because they have responded to the flow (supply) of new information. This can be equated to a living organism, the principle of self-organization of ecosystems, general properties of living matter in which order born of the disorder. "By utilizing hypersonic methods, used by architects and designers, Federico Díaz constructs an artificial space the reality parasite, rather interactively "shaped in real time streaming information" .................... Projections Sakura (2005), which presented Federico Díaz, together with a group of E-area shows Ars Electronica (2006), it evokes in the viewer a strong emotional experience.
Interpersonal communication is one of the fundamental principles of our survival, such as the need for heat, light or energy in the form of food and fluids. Transmission of information is increasingly etherealizing cease to be dependent on the individual people on oral communication, physical contact, everything is live via global optics. Díaz´s "cyberhumanismus" capitalizes on the technological potential of new media and advanced computer programs. Díaz's work rather reassess the position of a man in his universal constants in the world in the background scientific knowledge and global change.
Source: artlist.cz