Marek Ther´s (1977) videos are unmistakable because of their esthetics and themes. Essential for his video art is the theme of different forms of sexuality; mostly it is about sexuality minorities as transvestites, homosexuals, fetishists. World of divergent standards he displays directly,but without catharsis.

World of opera, loneliness, uniformity are a combination of "celebritism", fetishism and gender issues. Long shots with minimal actions are in direct conflict with quick cuts and actions of today´s film. The main is that Marek Ther trying presents himself as not czech. It belongs to a generation which in some way can not accept the "plebeianism" of Czech roots. It is a social feature in which the author in Czech society today is far from alone. It should be noted that the preference in Nazi uniforms is more associated with the "chic" cut uniform jacket from Hugo Boss than the concentration camps of young beautiful boys than with the ideology that the symbols represent. Frequent allusions to various forms of sadomasochistic sexual practices just confirmed.

Videos of Marek Ther are not acceptable for all audiences, but this is not merely a desire to shock, he often feels remorse and painful because of the lack of self tolerance. The timing gives the viewer enough space to focus on their own thinking and confrontation with the image. 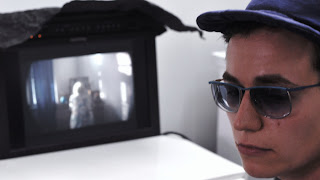 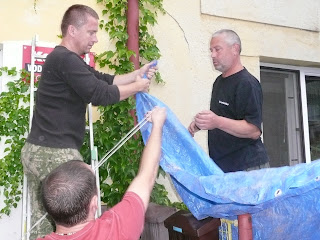 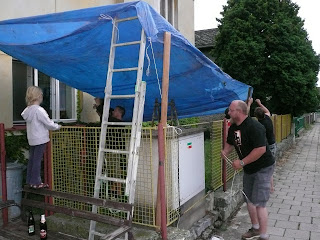 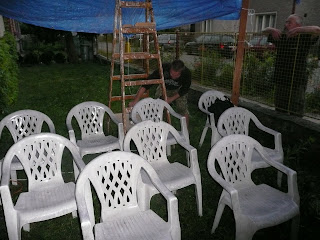 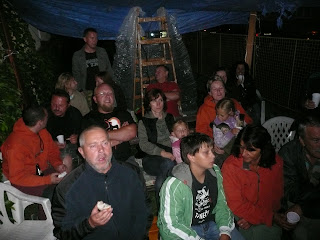 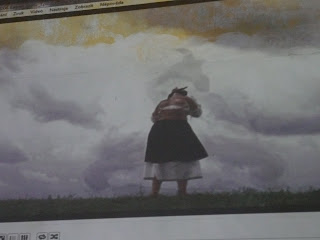 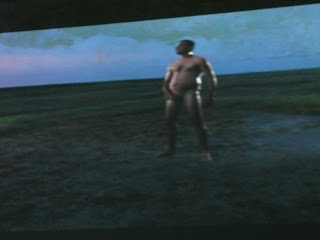 "A few years ago we showed films inside the house fot a few friends. In that time there was no gallery. Now we have decided to take advantage of the summer weather and invite people to screenings in front of the gallery. Unfortunately the weather was not so ideal, but I think it worked, "said gallery owner Roman Rejhold. In the evening it started to rain a little bit, but none detract from the mood.

The main evening film was shot Lars and the Real Girl about a man who fell in love to an inflatable virgin called Bianca. This film the audience rewarded with a well-deserved applause.

Throughout the evening the audience allowed not only the film, but also fried sausages, bread with lard, cracklings and onions. "It was excellent and we have to repeat it this year," said Rejhold. Film production also had success at passing drivers, including municipal policemen who slowed the car and curiously peering from their cars, what is in the new Gallery Luxfer happening again. 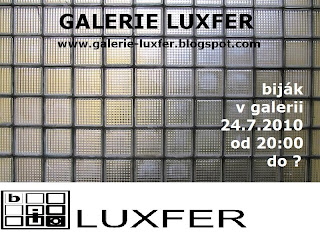